Music has gotten complicated. Well, music hasn't but classification of music has. Where do you put a group? How do you identify what genre they fall into? Then on top of that, we now have so many options of where to consume our music, how do bands get heard? Don't get me wrong, we live in a marvelous technological age in which we are exposed to music from every where. Every continent, every country but because there's not one massive faceless overseer funneling music to us, there are bands that get lost in the shuffle or may not get the chance they deserve. In a time when there are so many choices and music is churned out assembly line style, where do you put a four piece rock group that is reminiscent of The Replacements or Elvis Costello? I say you put them in the forefront because they have life experiences and a point of view that needs to be heard. 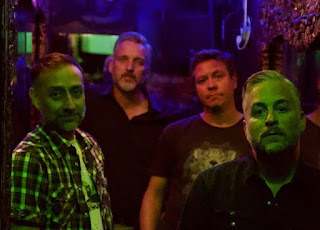 Cary Parker and his band of merry makers from Toronto have been putting music out in the world for over twenty years and it's that mileage that gives them their honest and ultimately unique sound in today's landscape of overproduced electronic based music. There's no replacing guitars and basses and there's no amount of sampling that can come close to the authenticity of a group that has been busting their asses in local bars for as long as they have. So they've released their second EP, seconds and it's pretty brilliant in it's simplicity and honesty. It's a four track ep that strips away all the over hyped production that we encounter so much with popular music these days and what you're left with is just pure, real, rock and roll that I think the world is sorely missing these days. You hear every single instrument and it's amazing. You hear just how the production was put together and how much care was taken in giving everyone their moment to shine.

It makes me want to get back to the days of The Gin Blossoms and The Goo Goo Dolls. They make me think of The Philosopher Kings or The New Pornographers in just the overall vibe and feeling they evoke. It's easy to see how Cary's vocals can be compared to Elvis Costello and that's something amazing I feel (as I am a huge fan). Their brand of rock and roll is just easy and it's something you want to just throw on with the best people in your life and let it fill the space. You can see how their live shows would be raucous events where people of all ages just make new memories and meet new friends. 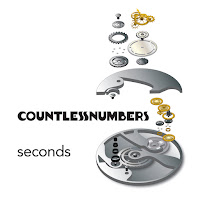 1. Twice as Hard
I really, really dig this track. It immediately gave me all the Paul Westerberg vibes that I've been missing for many, many years. I like the lyric, "maybe love's a diamond but twice as hard". I think that we've all been there. Standing in the middle of a relationship going....."Damn....why is this shit so hard" and they've succinctly expressed that feeling with one turn of phrase. I adore the guitar solo. There aren't enough guitar solos in music today and there need to be so many more.

2. Texas
Cary's vocals are brilliant and engaging on this track. It's that hint of gravel in his voice that draws me in and just captures everything. I'd like to know their thought process behind this song.

3. Tarmac
Come on.... how can you not love this song. I easily found my head bobbing along and foot tapping as I knew that I didn't want to come back either. I wanted to go where the rest of the guys were going. I like how you can hear just the small amount of synth in this song. It's that tiny bit of something that takes it to a new level.

4. Machine
Huge track. The production on this one going into the full on jam session in the middle eight is so freaking good. I love the idea behind the track and just everything about it. It's got this feeling to it were it's that song on a soundtrack where our hero has made a huge revelation and their running back to where it was they went wrong to make things right again. I think this was the absolute right song to end the album on because the other three tracks built you up to here.

These songs are old friends of yours that you haven't seen in a long time but conversations pick up right where you left off. You know all you need to know because they've never truly left you and you're able to just slip right back into the flow of things. For those of us of a certain age, this is nostalgic but current at the same time. This is the music you just sit back to with a beer and forget everything for a while. You can hear just how perfectly these four men interact with each other. You hear the trust in their relationships and you know that they've created lives that always come back to what brought them together initially, music.