I've discussed this song previously and talked about how it's probably one of my favorite tracks due to the nature of the content. It's positive and it's uplifting and it reminds us that we have to fight as hard as we can because life is worth it. It's a song about putting trust in yourself and knowing that things will work out through perseverance and drive. Robert is a pretty ingenious writer as he works primarily off inspiration and belief in himself going for what he feels is right in his gut when it comes to lyrical composition and so far, it's not betrayed him. He's a man that has a dream and stories that need to be told and through music, he has an outlet to reach a broad audience. I think he's pretty brilliant and not only do I enjoy his vocals, his themes are universal and everyone can benefit from what he's putting out in the world. 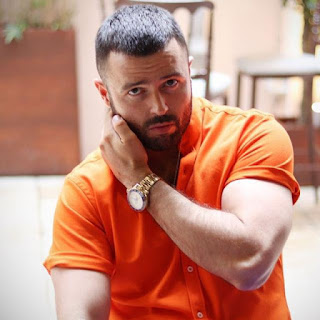 So when he decided to give this song a bit of a facelift, he turned to social media and put out a call to producers, remixers and other audiophiles to do their best with the song with the winner being named as the official remix of the song. Receiving numerous entries in the contest, Skynem GT, aka Peruvian producer Jordan Arteaga, was a clear winner with his tropical transformation of the track, reminiscent of EDM acts such as Kygo. This remix breathes a whole new life into the song while maintaining the integrity of the original track. Where the original work was intense and had a full low end, this remix lightens it up while focusing energy on Robert's lyrical content; highlighting areas and making them sound much more hopeful. It takes skill and a mastery of your instrument to not overshadow the original work and Skynem GT has done just that. It's a much easier interpretation to the track all the while building and swelling into a hopeful anthem that just makes you feel good. Music has a way of reaching those parts of you that you didn't know you needed to be touched until it happens and Robert is doing a damn good job at that. I highly recommend checking out his full catalog of works. 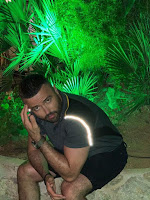 While relatively new to the music scene, Robert is building a legacy for himself based on his own personal experiences and creating music that means something to him. The single acts as a trailer for the “Real Good Fight” Remix EP which also contains remixes from Crucethus, Aiyi, Michele Pezone and L.E.G.I.O.N X LFLN, the latter three also entries in the contest. Explaining the thought process behind the release, Robert said: “As an independent artist I have to find new ways to reach people – that might mean going out and playing the song unplugged with my live band, or releasing an experimental house remix that can be played in a nightclub – it’s about expanding my audience and my appeal, and I also happen to be having fun and growing as an artist while doing it!” He's an amazingly hard working artist that's doing what he can to live this dream and I feel lucky to get to share in his experiences as he's releasing new tracks.

Make sure you support independent artists as they're out there putting their heart and soul into these releases and most of the time, doing it on their own dime with no backing from a record label.
at August 05, 2019