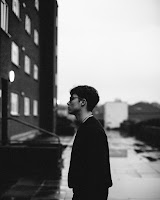 We mull things over and over. We obsess over mistakes we've made and we torture ourselves for missed opportunities; especially opportunities to make things right. In the new single, "Lynwood" by UK based artist, Son of Cabe, these thoughts and ideas are explored. Not having the ability to apologize after a grievance is done is honestly one of the worst pains you can feel as you're going to roll it over and over again and you're going to beat yourself up. Son of Cabe says about the song,

“Lynwood’s about trying to say sorry when you can't and the guilt that follows. I messed up and didn’t get the chance to say sorry for something that happened. The song came together after months of reflecting on this and feeling worse and worse about it. I wrote the song as if it was the end of the world which is how it felt for a long time to me”.

I think we spend so much time in our heads when we've made the decision that we've disappointed someone else or ourselves that it's amazingly easy to get trapped in the prison of our own making. To have those feelings presented in a song in a manner that you can relate to is a true talent of a songwriter and he has done an outstanding job of building something that he should be proud of in this track. The synth is great. The percussion is exactly where it needs to be and it drives the song just as it should. I think this is a testament to the home grown producer as it shows that while it's true anyone can make music with the right equipment, it takes talent and skill to make good music and this is better than just good. I like how personal this song is to him because while he's baring his soul to us, it's enabling us to draw closer to him as an artist. I love his vocals and I love how not of all of his accent is normalized while he's singing because that gives him an edge over a lot of other artists that just sound homogeneous. I like how he switches between singing and rapping in the song, again, it adds another level to the song that gives it much more bite.

Much like other artists I feature, I think he's got a lot to offer and I can't wait to hear more from him.
at April 23, 2019

Email ThisBlogThis!Share to TwitterShare to FacebookShare to Pinterest
Labels: Son of Cabe