Charli XCX - Blame It On Your Love (f. Lizzo)


I've been a fan of Charli XCX since she released her mixtape, "Heartbreaks and Earthquakes". I think she's a brilliant performer and producer. With the fame she's garnered in the past and events like sharing the stage with Miley Cyrus at the Big Weekend recently only serves to remind the world that she's a force to be reckoned with. So to have her collaborating with Lizzo is honestly the most logical step in her progression. Two powerful female artists with nothing to prove to anyone, just out there making the music they want and creating a legacy that is incredible. 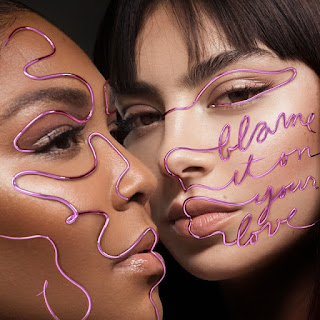 "Blame It On Your Love" is Charli's latest single and it's a bouncy banger of a pop song that is so familiar in the pantheon of the world of Charli's work that it's a welcome addition to any playlist. It's about the dangers of finding yourself in a relationship that's progressing too quickly. Self sabotage is something I think we've all experienced from time to time and while it's not a positive defensive mechanism it's something that we have fallen into easily. We make decisions based on emotion that aren't necessarily positive and we explain it away because we're afraid to take ownership of those emotions. This song is a great example of those times in our lives and it's massive.

Lizzo's rap is amazing and I hope we get to see so many more songs with her included in the middle eight. Whether she's singing or rapping, she's dope af and it makes her being included so cool. I'm glad to see her getting much more recognition. I think the lyric, "I'm tryin' to catch millions, I ain't tryin' to catch feelings (bitch)" is one of the coolest I've heard in a long time. I hope she gets to be the new Nicki Minaj of including artists in tracks.
at May 31, 2019