This blog has given me the opportunity to hear a tremendous amount of great music.  I've been able to interact with singers/songwriters, producers, record label execs and everyone in between.  What I still get star struck about is when artists take the time to read what I've written and comment or repost it and to make it even more of an overwhelming experience is when you are at a show and the artist you are there to see takes the time to acknowledge your work and spend time talking to you. I am in awe when you talk to someone that you admire because their art has transformed you and they reciprocate that admiration for the what I've done or said about them. 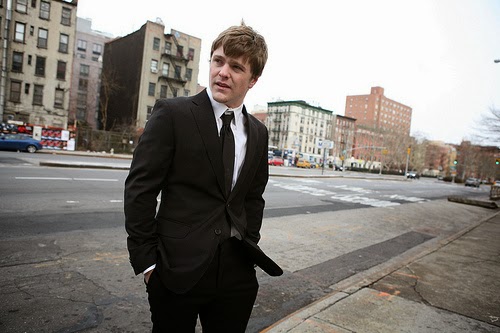 I had one of these interactions last night at the Nashville edition of Ben Lovett's Communion tour.  I've been a fan of Johnny Stimson for quite some time because his music is expressive of the experiences that we have all felt at one time or another in our lives.  He sings about love and loss and aspects of the human condition we've come in contact with.  His vocal range is uncanny as he hits notes that are incredibly difficult for most male artists, his honesty and heart shine through the tracks like a beacon.  He may be singing about loss but it's done in such manner that as much as it stings and as much pain you have to experience, things will be better.  You just have to push through it and don't give up.  There is a hopeful optimist inside all of us, we just have to have a little help to find him and Johnny has the ability to draw him out.

His music style has matured and shifted over the course of his career as he learns more about himself and who wants to be.  You can hear so many influences in his work from early British Invasion stuff like the Beatles that's very mod.  Very buttoned up and polished to more of his newer material that's very blue eyed soul meets funk with thunderous rhythm and percussion.   It's not a huge leap because you can hear how much soul he has weaved all through each and every track.  It's a lot of the same feeling, just in a funkier, get up and boogie package.

Now, let's talk about his stage show.  The man commands a room.  It's just a 3 piece band but every inch of that stage is filled with every bit of his personality.  It's infectious and it's a party and it's impossible to not dance.  Without a shadow of a doubt, you know that he is doing what he loves and there's no place he'd rather be.  His exuberance is palpable and you can't help to immediately get where he's coming from. You look around and there's not a person standing still.  Everyone is on their feet, dancing and becoming part of something larger than themselves.  Getting caught up in the emotion and forgetting their own lives for a minute.  I've always been of the opinion that a live show is a make it or break it for an artist because the audience is able to hear just how much production has gone into the work.  How much doctoring has been done to the artist's voice and I overwhelming pleased to say (not that I ever questioned it) that the Johnny you hear in the recordings is what you're going to get live and in person.

The man has the talent and the ability to be a megastar.  We're just waiting for the rest of the world to catch up.  Another defining trait that he has is his humility and his just general good nature.  I never once felt like I was in the presence of a star that was bothered by me.  We talked, we laughed, we hugged.  The man is the real deal and if you don't believe it...go see him live.  He took and honest to good interest in my life and my opinion.  And I am damn glad that I will be able to say that I knew him when.  In the next couple of years, he is going to be so huge and I can't wait for everyone to fall for him.

Johnny on the Web