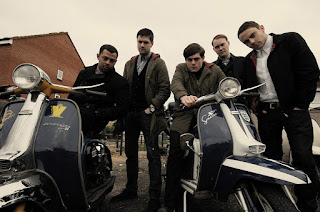 Way back in April I wrote a little piece about Missing Andy and said that they were a potential evolution of the boy band movement in London at the time.  I also said that if I ever got around to getting a copy of their album, I would talk about it.  I made the purchase today and I have to say that I am blown away.  My initial statement that they were a boy band only goes as far as being a general descriptor of their gender.  They are guys and they are a band.  That's pretty much as far as that goes.  What this band is, however is an outstanding pop band that has created one of the most solid debut albums I think I've heard in a long time.  This is one of the main reasons that I am so thankful that the music industry is global, it may take me a bit to find the music or for it to be released in the US, but I am damn thankful when it is.  There aren't bands like Missing Andy in the United States and I am ecstatic to be able to say that I own this album.

They were runners up on the Sky1 talent competition, Must Be The Music in 2010 and have done an amazing job separating themselves from the show and generating quite a loyal fan base utilizing social media, such as Facebook and Twitter.  When asked about their time on the show, lead singer Alex Greaves says, “The TV show kind of damaged us a bit, but good things have come of it,” says Greaves. “The bottom line is we will be at the top and we will take over the world so f**k the people that thought we sold out to go on the show”.  So they were able to take something that could have easily been perceived as a negative and made something exceptionally positive out of it. 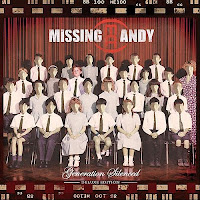 The band has a sound that when you sit and listen to the album from start to finish you can hear so many influences ranging from Take That to Oasis to Madness and even some vocal stylings that are similar to Morrissey.  There's some ska and some punk and some pop and rock and the combination of all of these genres and styles come together to make this so much more than simply a pop album.  From start to finish there isn't a song that I don't like.  Every song, including the ones that poke fun at themselves, "Dave" and "Indie Kid" are great.  They are irreverent and show that the band can deliver when it comes to anything and everything.


One thing that has always amazed me about singers the UK is that when they sing, they lose their accent.  Alex Greaves, however seems to have control over when it comes and goes.  I think that's an incredible thing because it adds yet another layer of depth to the recording.  It sets his vocals apart from other singers.  Every now and then you can hear some of the same qualities that made Liam Gallagher brilliant.  Listening to Alex spit the lyrics on "Scum" is a pretty powerful thing.  The song is anthemic and when you listen to it, you go "Fuck Yeah.  I get it.  I understand what they mean".  With songs with clear social commentary like "Scum", "Kings of the Weekend", "Sing for the Deaf", "The Way We're Made" and "A Call to Arms" it's easy to understand this quote from Steve Rolls:  “The album is called Generation Silenced because nobody is speaking up for our generation. Nobody has represented our voice for too long. Not even Oasis at their height – great tunes, but did they speak out for anything? Not really. We do."

It's a brilliant album and I want to hear more from them.  Take some time and give them a listen.  I promise it's well worth it.

Missing Andy on the Web