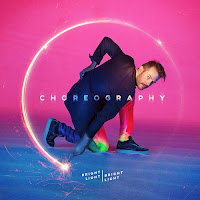 If you don't know who Bright Light Bright Light is by now, I don't think I can help you. This is a new single from his album, 'Choreography', due out July 15, 2016 and I honestly think he is one of THE voices of our generation. He's an amazing lyricist and his arrangements are ridiculously great. Who would have thought to add that saxophone at the beginning of the track but it added an amazing bit of coolness that just rolls into the track. And then again at the end of the track. It's just the coolest thing I think I've heard in a while. I've been a fan of Rod's for a very long time. I think what he does is genius and it's a shame that he's not a household name by now. This song is just beautiful. The arrangement is, hands down, one of the coolest things that I think I've heard in a while. I cannot wait for this new album to come out because it's just going to be more of the fantastic music he's been releasing for years. There seems to be a bit more hope and joy in this song and I hope that's a reflection of where he's at in his life right now. We all deserve the chance to cultivate any ounce of happiness we can.  The way his voice just swells in the chorus makes me swoon. He's brilliant. And I could go on and on gushing about him but I will let the song do it for me.