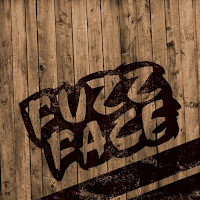 Alternative Country, Folk, New Grass.  These are all genres that Fuzz Face can be put into.  They could also be lumped into the ubiquitous "gay artist" category.  But the thing that bugs me about labels is what happens when the artist is able to break the proverbial bonds that hold them into one genre and transcend that label?  Fuzz Face is a band that does just that.  Sure they have a fiddle.  They're not raging on heavy metal guitar riffs or banging out a thump-a thump-a bass line that gets all the circuit queens up on their feet.  What they are doing, however, is making honest down-to-earth music that speaks to the heart of each of us.

I've talked about how important it was the first time I ever heard a male artist us a gender appropriate pronoun to speak to what's important to me.  As a gay man, sure it's easy to listen to a love song and mentally substitute the pronoun that speaks to me but to actually hear it recorded, that's something.  It finally helps validate the feelings I have and makes me feel like I do have the right to be loved and to express my love as well.  Fuzz Face does not shy away from singing to their audience and they also don't have an issue playing at being tongue in cheek and thumbing their nose at the establishment but they don't do it in a manner that belittles what they are trying to accomplish.  There is no parody here.  This isn't comedy.  They aren't being ironic or doing this for the sake of doing it.  This is music to a certain segment of the population that is generally sorely misrepresented.

I don't think they are trying to be spokespeople or role models but by the nature of the game and the fact there aren't many other groups doing what they are doing, they have the unique ability to touch those gays in rural areas that grew up on George Straight and Garth Brooks wondering if there was someone to speak to them and for them.  So with the release of their first EP, which is self titled, they have crafted 5 tracks that are fun and playful but at the same time important and relevant.

Button Up Boy
A chance encounter leads to a one night stand that leaves an indelible mark in your brain.  It's happened to most of us.  It was just supposed to be a thing.  Nothing that was supposed to last but there it is and now you've got to take your clothes and leave...

Old Man
This song.  This song, I mean damn.  My boyfriend of eleven years who passed away in 2010 was 5 years older than me and I called him "Old Man" so this song just kills me.  It's so beautiful and thoughtful and they wrote it just for me.  Well, in my world they did - but that't the thing about music.  This is what it's for.  It's supposed to touch you and make you feel.  It's supposed to be something you connect with that makes you part of something bigger than yourself.  This song makes me feel warm and safe and at home where I need to be.  But it makes me feel sad.  It makes me remember saying goodbye again.  The strings of my heart have been successfully tugged.

Cowboy
It's crazy how much of myself I am able to find in this album.  I was from the city and he was from the country.  The night we met, he looked like a lumberjack.  Flannel Shirt, Blue Jeans and work boots.  Who knew that 5 years later, I would be moving out to the family farm.  This song maybe a bit tongue in cheek but it's that song that is going to validate all those young men feeling these same feelings.

Furry Belly
Another song that doesn't take itself too seriously.  Not a lot to describe here that the song doesn't do for you.  It's super cute and makes you smile.

Came Out Hard
A cautionary tale as it were.  It's a quintessential Western song so I cannot spoil it.  It tells a story from start to finish so you'll just have to listen to the story and make your own decision  but no judgement because we don't judge around here.......  I will say the fiddle and all the different percussion are amazing and build this atmosphere that just wraps around the song and elevates it to a new level.  Like I said, you tell me what you think about it.

It's a well crafted EP and it shows that these guys are certainly more than just a flash in the pan.  They have talent and they have stories to tell.  As long as they are willing to gather around a camp fire or a stage or even a burning oil barrel, I'll be there to listen.  I think this is one of the best albums I've bought in a long time.

Oh did I mention....it was a Kickstarter and we all know how much I love some Kickstarter projects.

I bought the album on Amazon so here it is too: http://amzn.com/B00BTLO1LS