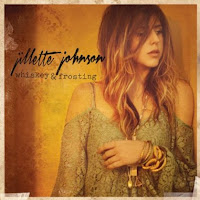 I had the pleasure of seeing Jillette live and in person as one of the opening acts for Delta Rae.  Here this young woman was, behind her keyboard all alone but she had a command over the stage and the audience like she had a full band backing her.  We just stood there, mesmerized by how she could sound so big and fill up the entire space without even trying.  Her set was just an opening act set so it was just about 30 minutes long but it gave you a helluva idea of who she was and what she was made of.  After her set was done I knew I want to hear more.

What I wasn't expecting was how amazing her EP was.  Live, she was stellar; her voice was full, glorious, surprising and just breathtaking.  But once you add the orchestration and the arrangements of the full studio cuts from the EP.....holy Jesus.  This girl is a megastar in the making.  The production on these songs will floor you.  Again, not discounting the amazing work she does without the tracks but if you want to take a song and amp it up to a million....let Jillette and her team teach you how.

So about this EP.  It's titled Whiskey & Frosting (two of my favorite things btw) and it's a 5 track album that makes a helluva statement.  It's an album of self reliance and loving who you are no matter who that is.  It's an album that reminds you no matter what life throws at you, you have the power to kick the shit out of it and carry on.  Yes, life can be messy and hard but you have to just persevere and make the bad stuff your bitch.  Strong willed, straight backed - marching through it like nothing is going to get you down.  It's ok if you do get down though, it's part of it.  You just brush yourself off, throw on some concealer and keep at it.  What she's serving is total self reliant realness and I am glad she is.  I think that everyone is going to find something they can relate to on this album and hold onto when it seems like there isn't anymore to give.

It's $4.00 on Amazon right now.  I've said it before, lay off of that Grande Frap today and buy something that is going to do a lot more for your soul than that coffee.  If I had to pick favorites off the EP, it would be "Pauvre Coeur" followed by "Heathen" but all the songs are so special in their own respects and have all touched me on their own merits.  Do yourself a favor and buy the album.  You won't regret it ever.