Fitz and the Tantrums - Pickin up the Pieces 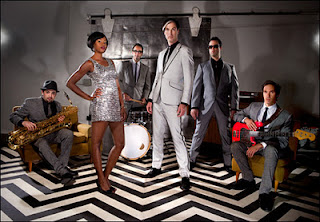 Sometimes you need to throw an album on and groove.  You don't need high energy beats or melancholy moods, you just want to sit in a chair and get grimey with it.  Just get down and let the music handle all the hard business for you.  In their debut release, Fitz and the Tantrums do just that; from the opening bass and organ salvo of "Breakin the Chains of Love" to smokey, sultry laid back forlorn vibe of "Tighter" the over all feeling on Pickin Up the Pieces  is one that will just let you float along bobbing your head.  Some things that impress me the most about this album is the use of the organ, the lack of guitar and the baritone sax.  These instruments aren't necessarily forboden in the world of pop music but they just aren't your standard go to instruments.  I think that if you take everything that was great about the Motown sound, wrap it up with the sensibilities of Daryl Hall and John Oates and spin it with a modern message, you will have everything that Fitz sets out to do. 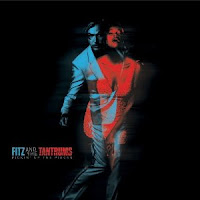 I think that they haven't reinvented the wheel, just added a much needed injection of soul into it.  Today's music scene is so littered with samples and overwrought production, that when something like this comes along, it makes you feel good.  It's like a palate cleanser that takes all the excess junk and washes it away.  I don't really think there is one song on this album that I don't like.  And it's one of the handful of records that I have gotten my hands on lately that I am damn glad I bought.  The combination of Michael Fitzgerald and Noelle Scaggs on the vocals add so much depth of character and flavor it just gives the album a ton of body.  I don't think the band would do as well if it were just Fitz or Noelle, it has to be both of them in order to work properly. And work properly it does.  The singles that have been released are "MoneyGrabber" and  "Don't Gotta Work it Out".  Both are perfectly fit to be singles and they have a similar enough vibe to make them a cohesive unit off the same album but different enough for them to stand on their own.

Just to prove they are awesome, here's a live version of MoneyGrabber with Daryl Hall. I mean how much cooler can you be. It's an awesome album when you need a break from all the other chaos and noise that the music industry is throwing your way. I've said it before with other albums, do yourself a favor and pick it up. You won't be disappointed.
at October 11, 2011

Email ThisBlogThis!Share to TwitterShare to FacebookShare to Pinterest
Labels: Fitz and the Tantrums