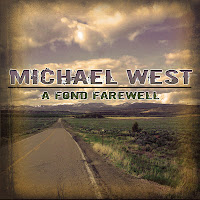 Smack dab between country music and pop music lies a musical destination that is growing larger and larger, Americana is a musical genre that is comprised of all the hopes and ideals created by the American public.  The hope for something better, the desire for true love, the realization that at the end of the day, all we want is to be part of something that is bigger than ourselves.  It's the place that has been pushed around and had sand kicked in its face.  It's where life has been just a bit to real but has taught us the important lessons.  It's a fusion of everything that makes us keep on keeping on.  It's the blues from Memphis.  It's the muddy waters of the Mississippi river.  It's the gospel music of the deep south and it's the rock and roll from the Motor City.  It's Motown and it's Rhythm and Blues.  It's Patsy Cline and Joe Cocker and Marvin Gaye all recording the same album.

When I run across an album that encompasses all of that and doesn't seem like it's trying to accomplish any of it, I stop and take notice.  If you read my blog with any type of regularity, you know that I will never slag someone for the simple fact of doing that.  You'll also know that I only write about artists that inspire me.  And today, I have been properly inspired.  Michael West is an independent artist from Salt Lake City but now finds his roots planted in Maryland and that is a lot of geography to cover and not be affected by people and places that you meet on the way. Michael's second release, A Fond Farewell is a collection of 14 songs that will fill you with hope, warmth and a sense of familiarity.  Michael's vocals and the arrangements on the album are so familiar that you swear you have heard these songs before.  They are old friends that you haven't seen in a while but you welcome them with open arms and a warm seat by a roaring fire while you catch up on a cold winter day.  His voice has a longing and a bit of lonesome but if you peel it away just one layer, you can see a brighter outcome just waiting to shine through.

What he does is incredible and what's incredible is his ability to take a ballad and sing it like it's the first time you've heard it and the last time you'll ever hear it.  It's like this moment in time that you'll never get again and no matter how many times you listen to the song, you'll never get it again because it's already had a chance to make an impact on you.  You are a different person, even in the most minute way, but he has touched you and it's something that will be with you throughout the rest of your life.  Am I saying that he has the ability to change you, I think everyone does but Michael has a way of doing it in an incredibly sincere way.  It's not hat he wants you to change or feels that you need to change but through the act of spending an hour with him, it's inevitable.

There are moments in this album where you go, "Really, this is only the second album he's recorded?".  Sometimes with independent artists you get some lyrics or tracks that sound very homemade.  While there's nothing wrong with that, when you release an album for the general public to consume, you want it to be super professional and this album shines without even trying.

There are outstanding stand out songs on this album that just touch your heart because you can tell they were made with the most pure of intentions.  "Zephyr's Song/It's Not Easy" is the song that you want someone to sing to you.  You want to be a part of that because it's an incredible song about love and it's about coming together as a family to be something more than you ever could have been before.  Jonell Mosser lends her beautiful voice to "When I Reach the Place I'm Going" and there has always been a quote I use when talking about music.  I don't know who said it but it's got me this far.  It goes, "Music is Music and it doesn't matter what it is as long as it takes where you need to go."  This song is the lyrical representation of that quote and I think I am head over heels in love with it.  Other favorites include, "Since You Been Gone", "A Fond Farewell", "Nothing Remains".

I highly recommend this album if you are a fan of just honest music.  I know I say that a lot but I'm not going to waste my time on something I wouldn't recommend.  Michael West has a product here that he should be very proud of because it's beautiful and well put together.  I know there are songs that are going to help me through rough patches in my life and there are songs that will help me "Reach the Place I'm Going".