You are raised by your parents and taught wrong from right.  Some families attend church and spend time building their faith and through that faith, they find a place in this world.  But what happens when your faith begins to falter and lets you down?  I remember when I moved back to Tennessee at the age of 18 to live with my mother she wanted me to go to church with her so I could make friends.  This seemed like a valid argument so I did.  We started going to a Church of God and I did start meeting people my age and I even joined the youth group.  I attended meetings and pot lucks and even went on camping trips with these people.  It wasn't until I started having problems reconciling my feelings about being gay and what we were being taught that I realized something wasn't fitting right.  The pastor at the church was a super friendly, young man that just exuded charisma and you had no choice but to like him (and I did).  So I decided I needed to talk to him and maybe try to come to some balance between my budding faith and my sexuality.

I had been told that there are 3 people you can talk to in life about your problems; your preacher, your hairdresser and your bartender.  Since I wasn't old enough to go to a bar and I didn't have a steady hairdresser I figured the best thing to do was to talk to my preacher.  I shared with him the feelings that were causing so much conflict in my life and magically after that conversation - he really didn't want to have much to do with me anymore.  He didn't want to offer additional counseling or offer conversion therapy, he simply didn't want to have anything to do with me.  So I quit the church and never looked back. 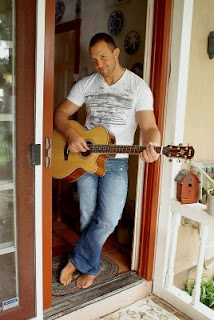 Unlike my experience, Justin Utley experienced something far more heinous and sinister at the hands of the people he placed his faith in.  Justin was raised in the Mormon church and did everything he could to be an active member of his congregation.  He used his music as part of the church and sang as a contemporary Christian singer.  He went on his mission for the church and spent 2 years away from his family and friends.  Being the best Mormon he could was so important to him.  He began to have issues with the church when his sexuality and religious beliefs started conflicting.  Again, trying to be the best Mormon he could, he repressed his feelings and continued his service with the church.  It wasn't until his Bishop urged him into joining a same-sex reformation program called Evergreen.  He stayed at Evergreen for two years undergoing different treatments in order to get the gay out of him until he met Brent and they both left the treatment program together.  He was happy in his decision until Brent passed away from a heart attack 6 months later.  He went back to his church because he needed comfort and his Bishop told him that the heart attack was God's way of punishing Brent for his impure lifestyle.  At that point in time, he realized that the church did not need him. 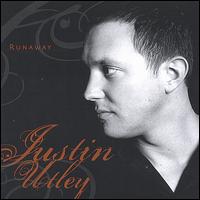 In 2005, Justin took all of his experiences up until that point and crafted his debut album, Runaway.  This album is easily one of my top 10 albums of my life.  It is always in heavy rotation and never leaves my iPod.  The album is one of the most honest, laid bare, albums I've heard in a long time.  The tracks are crafted in a way that touch every part of me.  There are a few artists that have the ability to fully harness their experiences and put them out for all to see.  This album is deceptively simple.  There isn't an over abundance of production and for an artist like Justin, you don't need vocoders and autotune.  Just Justin alone with a guitar is enough.  For that matter, I think he could sing the phone book and deliver it with honesty and integrity.  So the album is made up of 10 tracks that range from pure pop to alt country and everything in between.  From the piano driven, Apology to the market ready Little White Lies, this album will speak to experiences that you didn't know you had.  I have sat and listened to this album from stat to finish and I cannot find one misstep on his part.  I think Crash and Burn and Goodbye Goodbye are my 2 favorite tracks but I love Hold You for the dash of saccharine he has sprinkled on the lyrics.

Justin has a new album coming out soon and I think that you should go to his website and at least listen to the tracks posted there.  He has had the opportunity of traveling around the country and even internationally playing for people.  He was at Pride in Stockholm, Sweden this year and he destroyed the audience with his song, Stand for Something.

Better yet, please go buy Runaway. You won't regret it if you are a fan of honest, American music.  He is wonderful and I hate the fact he has gone through the things that he has but I am glad he has put it out there for us to have.  I don't know how many times a song has come on that echoed what I was feeling at that point in time.  Buy this album and then get his next album and the ones after that and support independent artists because they need to be supported.