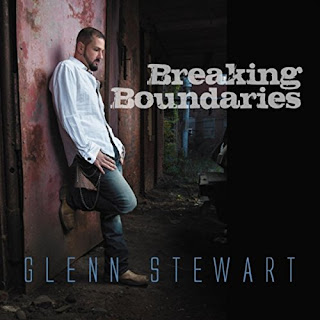 Here's what we have in this album. One of the most solid country albums of 2014. Yeah, I know that I am about 2 years behind but I've only recently learned about him and I could not be happier to be on the band wagon now. Glenn takes a reverence of old outlaw country and mashes it up with the pop sensibilities of today's market. I think people are calling this type of music "Bro Country" and that may be a potentially valid label but it's merely a reflection of the audience. Music in any genre takes influences from the world and uses them to create music that has an appeal that is timely and easily disseminated to the masses. If Loretta Lynn was trying to sell a song today about birth control, it wouldn't have the same affect it did back in 1975. So the climate of the world has a way of making its way into the art our musicians create.

I don't like pigeonholing an artist as a gay artist because that's not fair. Glenn is a country singer that happens to appreciate the company of a certain cowboy and that's beautiful and it's honest and it's damn important because in a genre that is stereotypically exceedingly homophobic, it's amazing to see an artist living their life out and proud. Now, I would easily put this album up to anything released by Thomas Rhett or Jason Aldean and I think that the quality of the songs would kick their ass hands down. But, because of one little thing about Glenn - he's not going to get mainstream air play on country radio. I think that's bullshit and it's garbage because on one hand that should have no bearing whatsoever about the quality of his music but on the other hand, I NEED to know so badly that when he's singing a love ballad that he's singing to a man. I need that representation in my life because I've spent so many years switching pronouns in songs to make them fit my life and I don't have to with this album because he's representing me and what matters to me on a fundamental level. So yes, I hate the fact that he's not going to be embraced by the country fans as a whole but I don't care because he's my hero.

The album isn't just some "twangy" little country ditty. It's got heart. It's big. It's bold. It's got a lot of rock influence and Glenn's voice is AMAZING. When I listen to male lead country music, Glenn's voice is what I want. Every time. It's reminiscent of Garth Brooks and a storied history of male country artists but it's also very contemporary and now. The way he punctuates certain syllables and his overall presence is just amazing. I can't hear one misstep on this album. It's a solid performance and he and his producers know exactly how to build a song. It doesn't hurt at all that he's not hard on the eyes at all and when you imagine him delivering "Barn on the Rooftop", you can see a mischievous grin and sparkle but then you hear just how much control and love and passion he has when he delivers "Centerline".  This man is simply incredible in his delivery.

A lot of times when you have an independently produced album like this, it can read as hokey or gimmicky. There are a lot of artists that reside in the "gay music scene" that rely on potential components of their fan base to make them more relatable. There are several "bear artists" that come to mind and their songs read as parody because of the content. Glenn doesn't fall into that trap. His songs have a universal appeal that can easily be played anywhere, anytime. There isn't anything niche about this album. It's a country album and it should be revered as one of the best albums of 2014.

I keep going back to this but what he's done is created a songbook that I can turn to my boyfriend and play any of these songs for and they'll matter.  When I hear "Baby You're My Only", I can take any of those lyrics and easily hold them up in my relationship and know that the meaning is what it is and doesn't take any code switching to give them credence. I can hold my boyfriend and slow dance with him and rest my head on his shoulder and know that this is what representation sounds like. It's a gorgeous song and I can't wait to play it for my boyfriend.

I found Glenn because of his cover of RuPaul's "Around Again" and fell absolutely in love with the treatment of the song. I even wrote about it when I saw the video. He took a good song and made it great. The country treatment was perfect for that song. I'd love to hear his take on other dance type songs. Maybe "Dancing on My Own" by Robin or even something like "Partition" by Beyoncé. I don't want him to stop recording originals but I would love to hear his take on pop music. "Around Again" is fun. It's poppy but it's still got amazing country sensibilities to it.  I'm not going to gush on it again because I've already written about it. But that this point, I don't want to hear Ru's version anymore. This is the only version of the song I want in my life.

I can't speak highly enough about these 13 tracks. It's a damn good album. It's a fantastic representation of what country music is and should be. You can hear in his performance that this is what he loves and he treats it with the reverence and care it should be handled with. It's got some mileage on it. Like Glenn and many fans of the album will attest to, these tracks have some life on them. They've lived. They've had their heart broken and they've been kicked around by the universe but they still get up and they still push forward and live their life. "Rock and Roll Cowboy" takes no prisoners and it's believable. It's not like some city slicker in a suit is belting out this song. It's being sung by someone that's lived this life. Authenticity is something that country fans can see right through. If you're not authentic, you're not going to make it. It's one of the reasons that live country performances sound exactly like the album versions because there's little to no post production clean up to the vocals. If they can't sell the performance on their own merits, they aren't going to go very far. And I can't hear any trickery in this at all. It's 100% Glenn and it's 100% country.

"Little Miss John Wayne" is a rocking track about that cowgirl you see in the bar that lives her life for herself and gives no effs to anyone that looks down on her. She's going to do her and she needs no approval from you or anyone. When she walks into the room, everyone knows and everyone can't help but stare. It's a party song and it's fun. It should be on country radio stirring up a storm.

We all know what it's like to get through the week and are greeted with the weekend and a libation or ten and when "Here We Go" starts and you hear the growl in his voice, you know where he's been and you remember nights where you had one or two too many but it's the weekend and it's your time. Another solid banger here.

"Good on Me" is the one song here that is the one that's a bit different. It's the one that seems like he wrote for mainstream radio. Or he's singing about his best girlfriend. We all have friends that are girls that we hang out in that make us look better. It's still an amazing example of what he can do on the mic. He sounds amazing singing about men or women.

There are times when we need to be reminded that there is hope in the world and that when we need that gentle reminder that no matter what seems to be going on that's wrong, you just have to keep your head up and fight the good fight. "Dancing" is that song. It's a beautifully written song about perseverance and hope. We just have to hold on to the good and dance. Even if only in our minds.

You can't sit around and feel miserable about your life if you want to make anything out of it. It doesn't matter if it's occupational, relationship or just life in general. You can't accomplish the things you want in the world if you don't try. That's the message behind "Long Streak of Gone". You have to put yourself out there to get what you want.  Bottom line. Success, love and happiness don't come to those that don't try.

"Bigger Than Life" tells us that it's ok to want more. We all dream of more. Wanting more for ourselves. Wanting more for our family. We want to matter. We want to be remembered for something. We are all trying to cement our legacy in this world and in order to do that, sometimes we have to be "Bigger Than Life" but at the end of the day, we just have to be ourselves and know that as long as we are being our own authentic selves; we will get where we need to go.

And the album closes out with a gorgeous acoustic version of "Baby You're My Only".  This man can do no wrong on this album and this bonus track was the perfect cherry on an amazing album.

This album is literally my favorite thing right now. It beat out the Moana soundtrack and that says a lot. If you're a country fan. If you're a music fan. Go out and buy this album now. It's $9 on Amazon. Spend the money and you'll not regret it. I want to see him perform live now. I have a NEED to see him perform live now. Preferably with my boyfriend so I can sing along with these songs that I can easily tell will mean a great deal to me not just now but in the coming years.  Glenn Stewart is the real deal and I am damn glad that he's shared himself with the world.