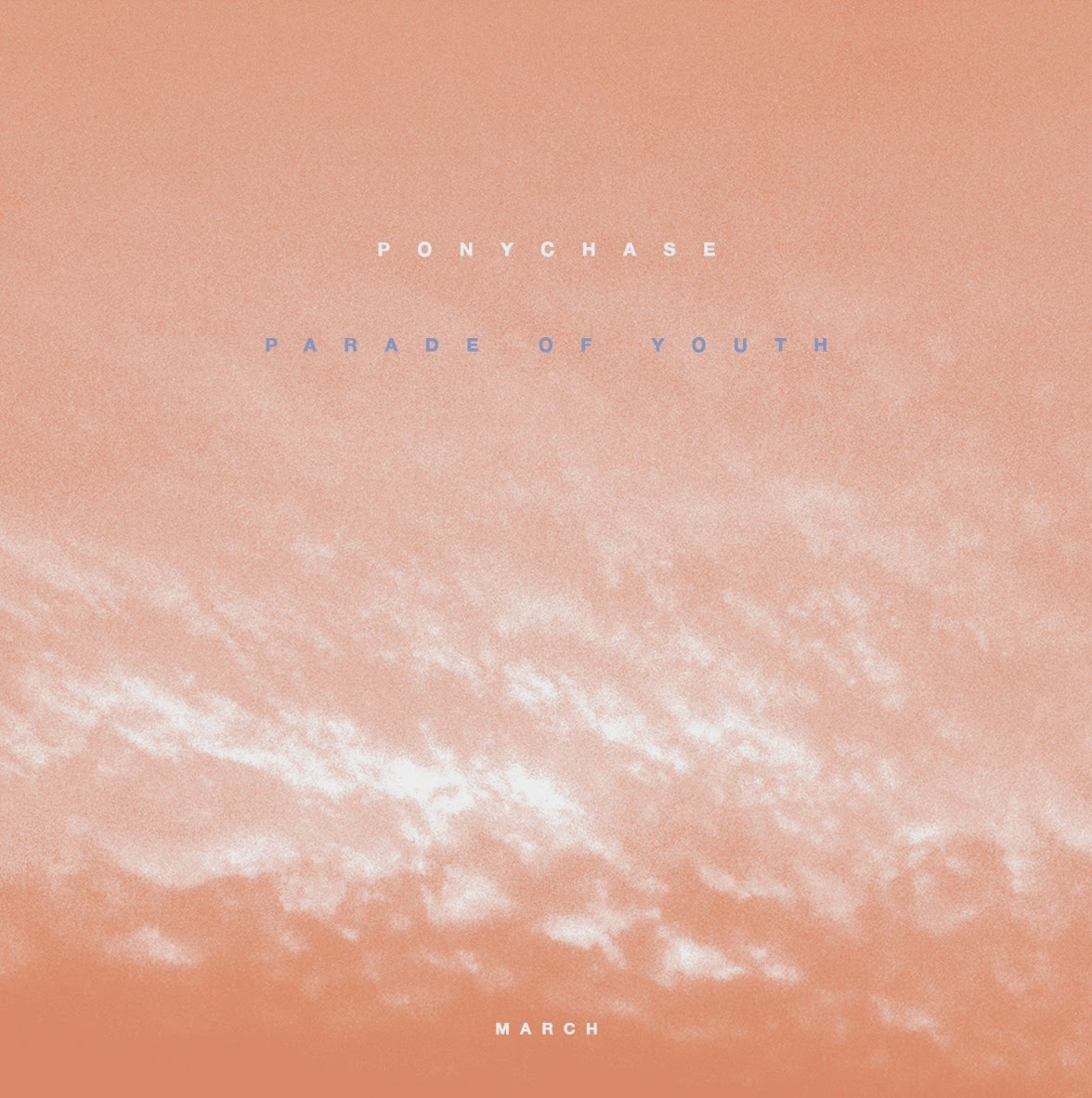 I cannot properly express how much this album has already impacted my life. I had the distinct pleasure to see them preform live at Nashville Pride on June 14, 2014 and this album has not left heavy rotation in my library sense.  As soon as Jordan sings the first note in Parade of Youth, I was immediately hooked.  Her voice is so dreamy and just takes me right back to the New Romantic era.  I could easily see her hanging out with Dale Bozzio and Aimee Mann just becoming best of friends.

I don't see how anyone couldn't fall in love with the ease of this album.  There's nothing forced.  It's all put together in a manner that belies the band's age.  You would think that something that has this production this tight would come from a band much more mature than Ponychase but I think that is going to be a huge plus in their favor because it doesn't sound like a fledgling artist trying to find their feet.  They have a voice and they have a clear idea of who they are as a band so it's only getting that message out to the public from this point forward.  That's light years ahead of so many young bands out there and it's incredible.

I don't hear any missteps in the album; from the lyric choice to how the songs are structured to even the track order.  When Running with the Pack comes up in the line up, you're ready for that part of the journey.  You're ready to dance a bit and have a good time.  It's easily one of my favorite tracks on the album but the stand out is when you get to Resurrected. I mean, come on; are you kidding me.  This song should be played at every prom across the country.  It should be mandatory, without question.  Without fail.  This is the quintessential slow dance song and it just fills me with an insane sense of happiness.  I just can't properly express how amazing this song is.  The rest of the album isn't full of filler either.  The songs are solid.  Each one building on the next.

When you sit back and close your eyes, this album just builds a soundtrack in your mind.  Whether it's to a movie you've seen before or it's to your own life, there are so many moments that are relatable.  The album has this uncanny method of promoting peace as well.  Everything just slows down and becomes easier to handle.  There's a physical reaction as well that causes your body to just let go of it.  Whatever it is.  It just leaves and is replaced with moments of clarity.  There aren't too many albums that have that ability.

I want this group to be megastars because the world needs them right now.  There's too much manufactured music proliferating the industry and when something is as honest as this is, it deserves to be heard.  It deserves to be supported and it deserves attention.  Go buy their album.  Buy their EP.  Go see them at a show.  Share the sampler with all your friends.