Cars and Calories - To The Extreme 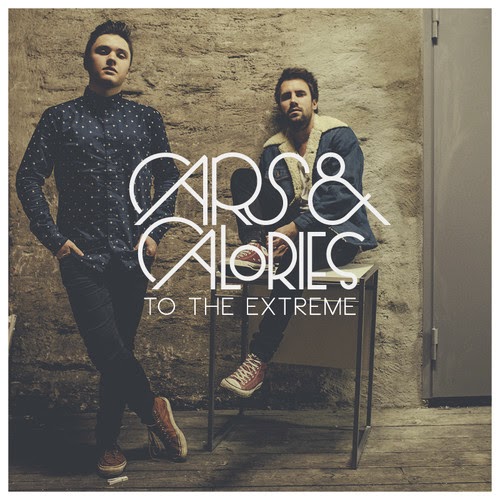 At first I was hesitant about this track because the title made me relive the 90s and Vanilla Ice but I got over that once I heard Jim Bergsted start to sing.  The falsetto he commands is incredible.  He's been compared to Owl City and it's easy to see that.  So if you're a fan of Owl City or The Postal Service, you are going to have an exceptionally easy time sliding into this track and this group.  These two gentlemen from Oslo have a sound that's more pop/rock than EDM so I think that's going to give them an edge over some other artists that are coming out of this area but that being said, Scandinavia is one of my favorite places for music because for whatever reason, more consistently good artists are created there than anywhere else in the world.  I don't know if it's the water or the climate but something is helping mold these incredible pop stars. I want to be there when they blow up because they're going to do big things.

This song is just so catchy and easy to get into.  There isn't too much production and it doesn't sound overworked.  Between the lyricists and the production team, they have created a track that focuses on the best qualities of everyone.  There's no way in the world you're going to get the chorus out of your head with anything but a crowbar or a song from the Frozen soundtrack.  The way the instrumentation swells during the chorus and the hook just pulls you right along with it.  It's got all the elements to just own not only dance charts but pop charts as well. It's fun song that will have you listening on repeat for quite a while.

This was my introduction to Cars & Calories and after going back and listening to the other tracks, they have a consistent quality to their music that assures me that they aren't simply a flash in the pan.  Their particular brand of pop music just builds into this huge ball of energy that can't be denied.  Because they're so high energy, it wouldn't be unheard for them to play huge stadiums or smaller club style venues with everyone in the audience just partying their butts off.  I think the consistency between their three tracks bodes well for a fantastic debut album.  I want to say that they've tapped into two of my favorite things, Cars and Calories.  But I now have to just add them to my list of favorite things too.
at May 23, 2014

Email ThisBlogThis!Share to TwitterShare to FacebookShare to Pinterest
Labels: Cars and Calories, Pop